New venture on a planet friendly piece of land

What is happening with Ravensworth Homestead? 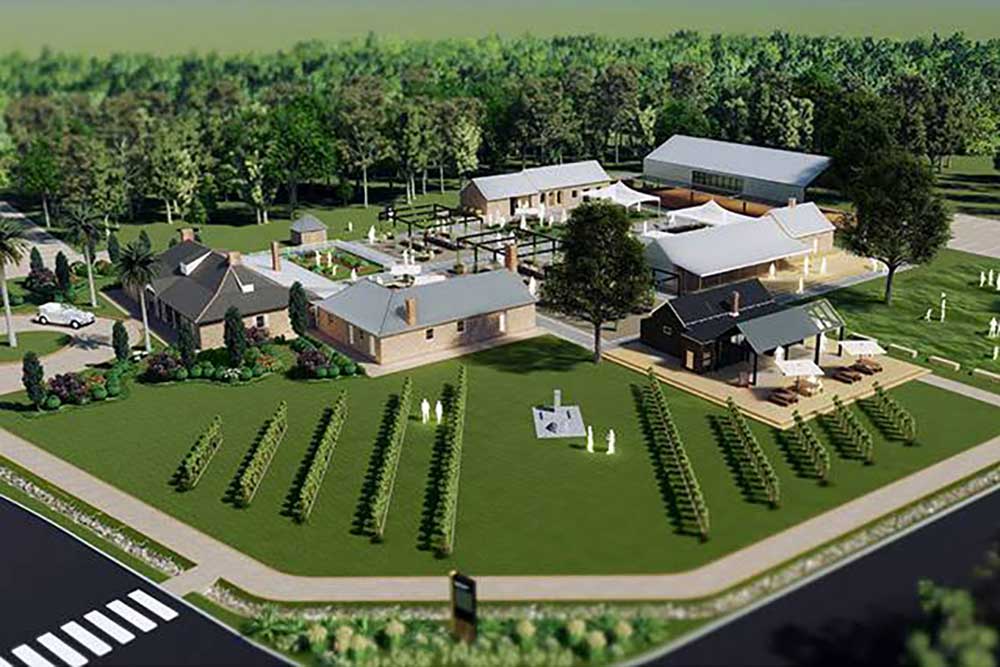 The Mt Owen / Glendell Coal Mine in the Upper Hunter is 20km north of Singleton off Hebden Road, Ravensworth and is owned and operated by Mt Owen Pty Ltd on behalf of Glencore Australia. It was approved for operations in 1983 and went through several changes of ownership before mining commenced in 2008. The whole site covers 2750 ha and employs 340 people. Glendell Mine is currently applying to the State Government for permission to access a further 135m tonnes of coal on the land it already owns. This would extend the life of the mine until 2044.

The decision as to whether to allow the extension of mining is in the hands of the NSW Department of Planning, Industry & Environment (DPIE) and the NSW Independent Planning Commission. (IPC). The IPC is called in by the Minister to assess any significantly large projects that are beyond the scope of the local council to assess. If there is any significant objection that the IPC has not considered, an appeal to the NSW Land & Environment Court is possible.

The IPC will call for comments from the public as part of its process. This can be expected to happen in the next 3 to 4 months, with public meetings called. This decision is essentially about coal mining, not about relocating buildings. The current feeling is that while it unlikely that the DPIE & IPC would approve a new coal mine in an untouched area, as happened in the Bylong Valley recently there is more chance that an extension to an existing operation on a site where the owners have shown a willingness to rehabilitate land would be approved, such as Bulga Coal at Broke recently and where there would be less new impact on the environment.

If the IPC gives the go-ahead

The IPC is due to hand down its recommendation to the Minister by the end of 2021. This will include a decision on whether the relocation to Broke can go ahead. If the mining extension is granted, Mt Owen Pty Ltd would need to apply to Singleton Council for a DA for all the work it wishes to do, including the relocation to McNamara Park of the heritage buildings. Council will then contact the neighbours as with any DA. Council may well decide to hold public meetings to gauge the level of support for the project.

Several other legal hurdles need to be cleared including the transfer of ownership of the land from the Crown to the Broke Village Square Trust (BVST). An initial BVST has been set up comprising local businessmen, but they would actively encourage interested locals to take over once the project is more advanced. The BVST would be responsible for determining rents for the buildings once construction is completed. There will be representation from the community and Glencore on BVST.

Who pays for what?

BVST has commissioned architects to come up with the designs so far, but all the expenses of dismantling and relocating the buildings, putting in infrastructure such as power, water, sewage, and roads as well as landscaping falls to Mt Owen Pty Ltd. This is estimated at approximately $20m. The whole project should be worth over $1.15billion.

Once built and operating, ownership and responsibility transfers to BVST. Council will not be responsible to maintaining the buildings and landscaping so there will be no extra charges to rates to cover this. Rates and all other operational costs will be paid by BVST.

BVST will gain an income partly from a grant from Glencore, but mainly through commercial renting of the buildings.

What will the buildings be used for?

This is still undecided. There are several option being discussed at the moment:

Use of the buildings is something that would be under the control of the BVST. The BVST would be in the control of local Broke people with input from both Community and Glencore. Any additional funds raised through rents would be spent at the discretion of the BVST but will be on Broke area projects.

Singleton Council have stated that ‘it should be a community issue via the Trustees and the project should not be constrained by the complexity of Council going forward’ (Jason Linnane).

How much of McNamara Park would be used?

About 8%. An area from the corner of Wollombi Street along Milbrodale Road to just short of the bridge will form one frontage. There will need to be some landfilling and a new access road into the lower section of the park constructed, but access to the Brook will be significantly enhanced. This is around 125m / 140m from the corner to the outside edge of the new carparks.

Along Wollombi Street the frontage would incorporate the existing Bicentennial Monument and run almost up to the culvert under the road, short of Adair Street. This is also about 100m / 125m. Space will be required for the new Shared Pathway to be constructed in 2021. These dimensions and not yet finalised, but 1.6 hectares (about the length of a football pitch, but wider) should be about right.

Most of this area is currently partially wooded. During the recent Smoke in Broke there were several campers and vans in this spot, and they would not be able to use the location. However, it is likely that other camping spots within the park will be opened up so overall no camping spots will be lost.

Campers would have access to the public toilet facilities at Broke Village Square, and plans are underway for additional toilets to go close to the Skate Park. These would be similar to the ones recently built at the Recreation Ground on Cochrane Street, next to the tennis courts. This area was also used by campers during Smoke in Broke.

While it is unlikely that the views of the residents of Broke will have much influence on the decision of the IPC, as their decision is more about whether to allow mining in the Upper Hunter to continue until 2044 at the Mt Owen / Glendell site – there are two petitions doing the rounds at the moment, allowing the residents to state their preferences about Broke Village Square;


Shout out to @runninghorsewines for being the edit

With things opening up again shortly, it's time t

#Repost @singletonhuntervalley
…
With what’s b

Margan cellar door is open again in time for the l

Pizza Fridays at Mount Broke is back and we can't

Who's ready for picnic season? 🧀🥖🍷

It's the spring that keeps on giving, Broke Fordw