The Legend of Cockfighter

Broke? Funny name for a town 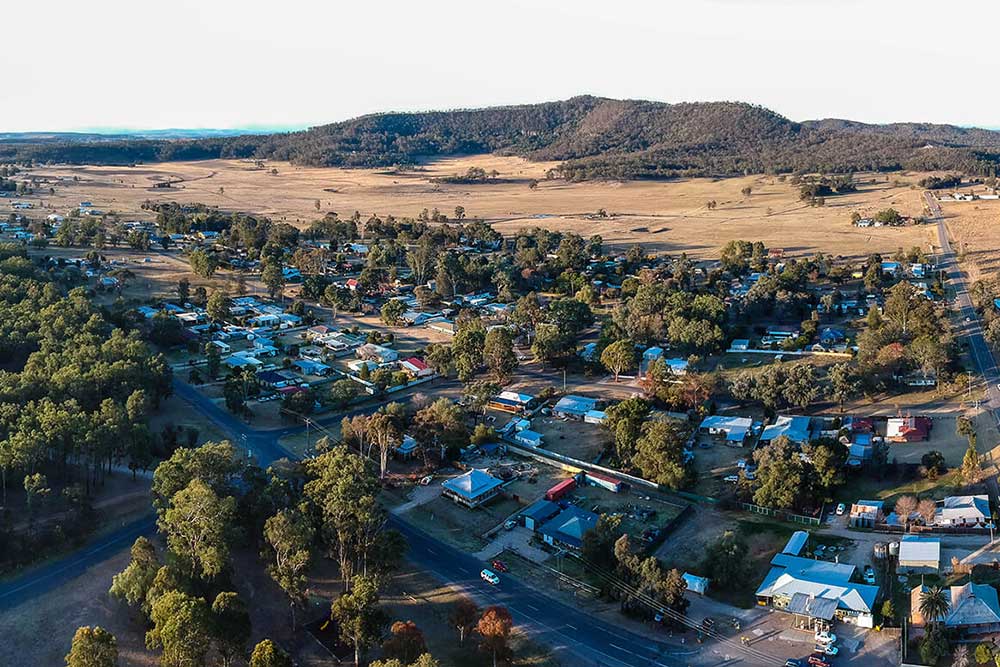 Land was originally set aside for a village by Henry Dangar in 1828, but NSW Surveyor General Sir Thomas Mitchell gets the credit for naming the village in 1831. Major Mitchell named the village after Sir Charles Broke Vere, an English member of parliament and friend of Mitchell from their days in the British Army together. Sir Charles pronounced his name ‘Brook’ rather than ‘Broke’ and the first pub in the village was the Brook Inn. However, today it is Broke. There was also once a village of Vere, now long since abandoned.

Fordwich also has an illustrious history, dating to a land grant given in 1825 to English pioneer and migrant John Blaxland. The family property here was named Fordwich after his place of birth in Kent, England. Although the land was held in the name of John Blaxland Snr he didn’t live there himself, with his son John Marquett Blaxland running the property. This was essentially a sheep and cattle property, also growing crops to feed the family and assigned convicts working as both servants and farm labour. A sizable homestead was built in the late 1820s. Both John Jnr & John Snr died in the 1840s, with other members of the Blaxland family taking over the farm.


Broke Fordwich is in the safe zone, and Winmark W

Here we are, out of lockdown but still waiting fo

#Repost @brokeestate
…
We are really missing our

Looking at the first growth of spring it's hard to

Broke showing its true colours after a short after

#Repost @whispering_brook
…
“Each year we seek