The region was first inhabited by the indigenous Wanaruah tribe many thousands of years ago. They were known as ‘the people of the hills and plains’ and several direct descendants still live in the area today and are respected custodians of the Wanaruah culture. These culturally and environmentally rich people left many significant cave paintings in the area. The most famous and accessible being the red ochre ‘Baiame Cave’ depicting the ‘creator of all things beautiful’. The Wanaruah welcome visitors to respectfully admire the magnificence of this national treasure.

European settlement first occurred in the early 1820’s when John Blaxland (of the early exploration family) was granted 8,000 acres of land upon which he built a grand sandstone home. Broke was officially named in 1830 by Major Thomas Mitchell after a colleague, Sir Charles Broke-Vere. The township of Broke soon flourished, situated as it was on the convict trail north from Sydney.

The Broke Fordwich Wine Region has two villages - Broke and Bulga each with their own identity as well as the two smaller communities of Fordwich and Milbrodale.

The massive Yellow Rock escarpment stands grandly on guard above Broke Village and has vantage points from the surrounding valley. Broke was named after Sir Charles Broke-Vere a military colleague of Colonial Surveyor General Major Thomas Mitchell. The newly refurbished Mill Pond Bridge at Monkey Place is in remembrance of the flour mills that once dotted the horizon. Broke is the larger of the two villages with over half of the total area’s population of 790 living in the village.

Once on the main stock route through from Sydney to the Hunter and now the gateway to Wollemi National Park and Yengo National Park, the Village of Bulga is surrounded by grazing properties with Olive Groves and Vineyards dotting the horizon. Bulga is also well known for its delicious citrus fruit. The Putty Road, which is one of the gateways to the region, passes through Bulga. The Village boasts the only tavern in the area and the National Parks and Wildlife headquarters for the area is also located here.

At the end of WWl the Fordwich Soldier Settlement Purchase Area was created with many planting grapes on their 10-acre allotments. These allotments were from land owned by the Blaxland family as part of the original land grant to John Blaxland Snr in the late 1820’s. Convicts were used to make handmade bricks. The Tulloch family had acquired most of the allotments by the 1930’s due to depression and severe hail storms which devastated the vines and today Sentry Rock Vineyard still has some of the original vines that were planted in 1922 and is tended by John Tulloch.

John de Marguet Blaxland, son of John Blaxland drove cattle from Sydney to the “Fordwych” property in the early days. The road was known in those days as Commeray Rd.

Settlement of the area took place between 1822-1824. Milbrodale was critical in the history of the area. There are many 3rd and 4th generation families still residing in the area. The Wollombi Brook flows through the catchment in approximately the same location as it did 30 million years ago, providing the agricultural industries with a water source. The locals call it the Cockfighter.

Broke Fordwich was first planted to grape vines back in the early 1900’s and boomed again through the late 1980’s and 1990’s with significant expansion occurring throughout the region with over 475 hectares growing and over 35 grape growers. The main producers in the area established themselves during that period include Margan, Pooles Rock and the biodynamic Krinklewood. It was during this period of expansion that many new varieties were introduced to grow alongside the traditional Semillon, Chardonnay and Shiraz.

The sub-region was granted its own GI in 2003. It was the first sub-region declared for the Hunter Valley and the second in Australia. The Fordwich Sill, a plug of red volcanic clay which runs through the area, is the weathered product of ancient volcanic eruptions and brings valuable trace elements to the Broke Fordwich vineyards, including basalt and iron. The vineyards planted on the Fordwich Sill were planted in the late 1960’s and early 70’s are still producing grapes and making excellent styles of varietal Hunter Valley wines. In addition to the red soils, local vineyards are also planted on free-draining alluvial soils and sandy loams which produce particularly fine Semillon – the variety for which the Hunter Valley is best known. The wines of Broke Fordwich are recognised for their slightly richer, softer style (particularly those grown on the Fordwich Sill) whilst still maintaining their unique Hunter Valley characteristics. 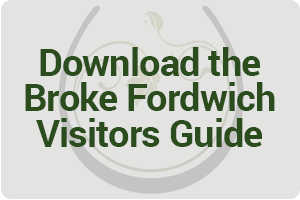